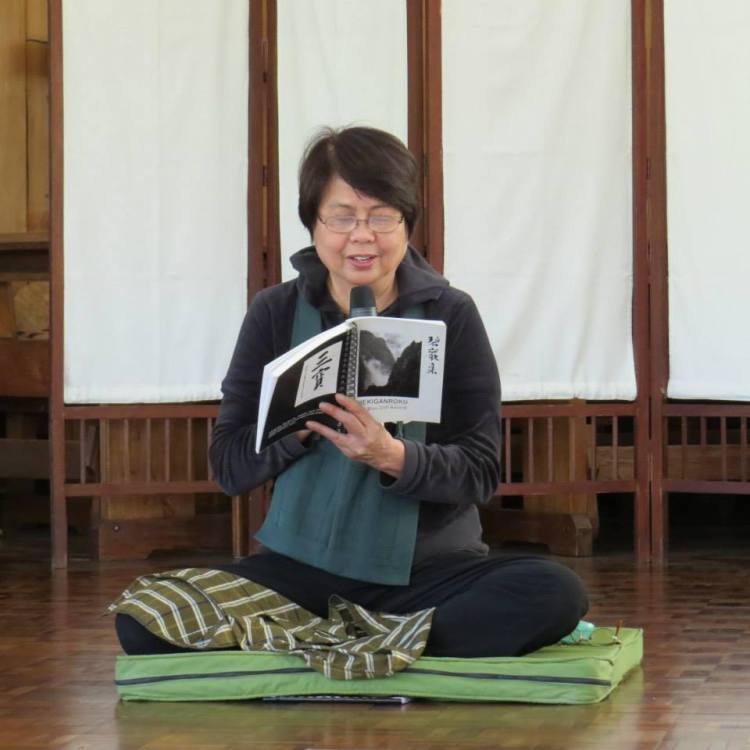 Elda Perez began Zen practice in 1976.  In 1978 her kensho (‘awakening’) was confirmed by her teacher the late Zen Master Ko’un Yamada, of the San’un Zendo in Kamakura, Japan. In 2003 the current abbot of Sanbo Zen, Yamada Masamichi Roshi, formally granted her authorization as a teacher in the Sanbo Zen Lineage. The teaching name of Jiko An (“Compassionate Light”) was conferred upon her at that time. In 1992 the Baguio Zen Center Mountain Sangha was established under her guidance in Baguio City, Philippines. In 2005 she was designated as President and Head teacher for the Zen Center for Oriental Spirituality in the Philippines by Maria Teresa Pineda Roshi. 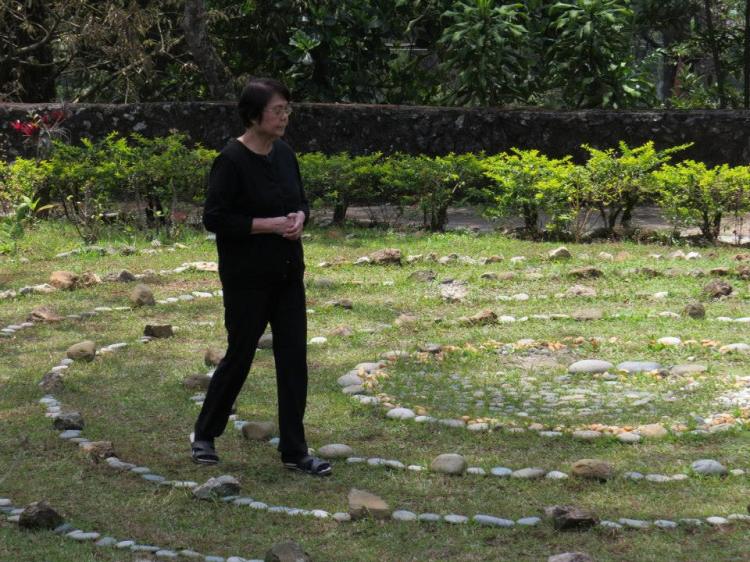 She has trained primarily with Zen Master Sr. Elaine McInnes, Maria Teresa Pineda Roshi and now continues her training under the guidance of Yamada Ryoun Roshi. Elda is dedicated to what she sees as core Zen training—clarifying our essential nature to our own satisfaction, and thereby finding true peace of mind, and then living that essential nature in every moment of daily life, in freedom, love and deep responsiveness.